Chess – the game that removes barriers. 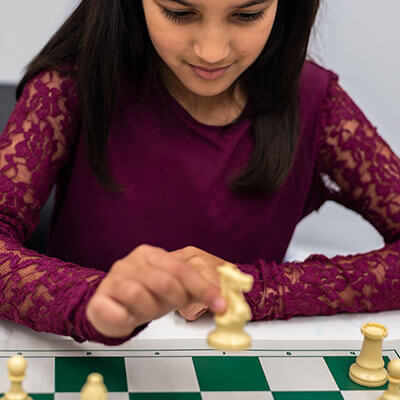 In my previous blog titled, Girls Connect Through Chess, I stated that chess offers one of the few opportunities for children to compete without question of equal opportunity. So, is it possible that an ancient game can bring together people in a time when there is much segregation?

Name me a sport or activity that is capable of hosting all genders, all ages (from primary years), most disabilities, many cultures and just about every religion in one very inclusive event?

Chess brings people together regardless of gender, age, ability, background or beliefs. Boys and girls happily verse each other without the limiting factors that often separates them in sport. The young are very capable of beating those much older than them (it happened to me again last weekend…sigh! J). Few disabilities are able to stop someone from playing chess – just ask them! Because it is a game shared throughout the world, language is not a barrier and neither are the religious beliefs that often divide us.

From personal experience, I have played chess with wonderful people who I was unable to communicate with – at least with my words – because we didn’t share a language. We still communicated with the universal nods, pointing at pieces, giving thumbs-up for good moves and the heart-warming handshake and smile after each game. Cultural and religious differences never interfered with those moments.

Those who go about their day with limitations (often imposed by others) known in society as ‘disabilities’, have shown how capable they are and how they may partake in a game of chess. For some, the inability to use their arms and hands simply means they use speech to determine where pieces are moved on a chess board. For those who are incapable of verbalising their thoughts may use assistive technologies to communicate effectively. Even the blind and vision impaired play chess – I see it just about every week when I have opportunity to teach them! We use a very special board that is adapted so they may feel each piece without knocking them over.

This series of blogs, however, is focussed on the importance of inspiring girls to learn and play chess and encouraging them to stick with it. Chess offers so much to those who find their love for it. It is more than simply moving pieces across a board and trying to defeat an opponent. Chess is an opportunity to meet people, connect with those who may otherwise be ‘different’, grow confidence, become a better sportsperson, think better, problem solve, be creative, make better decisions and the list goes on. If chess is dominated by boys and men, what opportunities are we passively permitting girls and women to miss out on?

Check out our Upcoming Chess Events