Opportunities for girls to connect, contribute and compete through chess

This is the renewal of a journey of discovery. The start was almost 14 years ago when I became a classroom teacher in a private girls-only school. I was intrigued that students were offered an opportunity to learn and play chess.

Each week a coach would visit the school during a break and perhaps 10 to 15 girls (from a cohort of approximately 300 primary students) would attend and spread crumbs over the chessboards whilst they ate their lunch and moved the pieces. They didn’t seem to be thinking very deeply about their moves, but they were enjoying the experience and they listened intently to the coach when he offered a lesson about chess openings and tactics.

Six years later, the chess program was still running but fewer girls were attending. I was supporting the chess program by attending the lunchtime sessions and when asked by the principal if I would like to run the chess program, I accepted without hesitation. In the years leading up to this moment, I attended the regional chess tournaments and was alarmed by the imbalance of boys and girls playing chess. In a crowd of approximately 350 primary students gathered to play, approximately 80% of the participants were boys. The numbers were even more startling in the high school competitions. Surprisingly, only 100 students, or thereabouts, would attend the weekend events for secondary schools, but there were fewer than 10 female participants. What also struck me was the dominance of the boys when it came time to hand out the trophies for each tournament.

Chess is a game that levels the differences between boys and girls. It offers one of the few opportunities for children to compete without question of equal opportunity*. Chess holds the standard for kids to play regardless of gender, age, (dis)ability, religion or ethnicity, but still, the boys significantly outnumbered the girls and I wanted to do something about that! I knew my role as chess coach in a girls-only school gave me a unique opportunity to boost the number of female participants and show the boys and the wider community that girls can do just as well in a ‘sport’ that demands mental stamina and deep thinking more so than physical ability.

That is the journey that started nearly 14 years ago. Now, I want to recommit myself to better understand why fewer girls are playing chess than boys, why do many girls stop playing when they get to high school, and how to create a successful chess program that offers opportunities for girls to connect, contribute and compete through chess?

*more to this point in Part 2 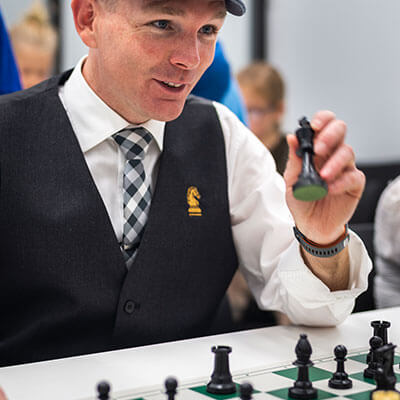